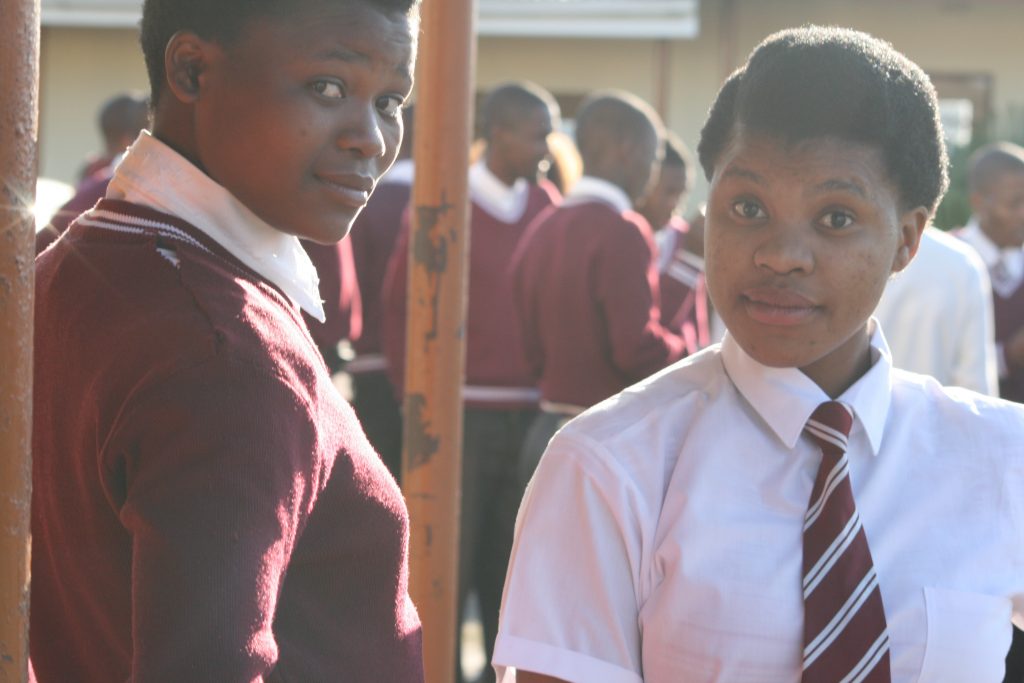 One of the students at Ntafufu SSS, Portia, gave this letter to BOTH founder Linda on the last day of 2016’s London, UK to Eastern Cape, South Africa exchange.

This is her account of how meeting the girls from London’s EGA school effected her. Hearing that it’s not just the travelling students who benefit from the student exchange trips gives BOTH’s work extra meaning.

I was lonely, not happy and always fighting with my family. Well the thing is I was blinded by love. I was in love with some boy in the community. Well like every parent my mother did not like the idea that I was dating.

But one day I woke up and got ready for school. I did not know that at school we will have important visitors from London. Until I saw a bus getting in the school and I asked my friend what was that bus wanted at our school and she told me. Wow I was surprised by what she told me and did not believe what I saw.

Well two of the important people (learners) come to our class and greeted us. I was still shocked so I did not talk to any of them. The teacher came and introduced all of them to us. I was surprised, happy and shocked at the same time. They came to us three of them the first day I did not talk as I was scared of them.

So the next day they came as I had told myself that next time they come to my class I will not be shy and afraid. So they came to teach us about a balloon. We played with it and they asked questions. I answered a lot but when they told us to write a story I did the best I could to make sure that my story is great so Ahlam saw my story and asked me if she could read it out to the class, I agreed and the story was about the balloon.

It was the best story ever. I started talking to them as if they were my friends and got along very good.

Portia has been chosen to come to London, UK on February 2017’s return exchange visit and we look forward to welcoming her then.